Abbott Handerson Thayer (1849-1921) was for a time one of America’s most famous portrait painters. He was also an accomplished painter of the natural world, being particularly interested in animal colouration.

He made three important contributions to camouflage theory. These are countershading, sometimes calls Thayer’s Law, background blending and the use of disruptive or dazzle patterns.

‘Animals are painted by nature, darkest on those parts that tend to be the most lighted by the sky’s light, and vice versa’  (Thayer 1896 p. 125), making them harder to see. The technique was illustrated in (Behrens 2009) as follows.

(b) disk artistically shaded as a sphere lit from above.

(c) disk countershaded as a sphere lit from below.

This is Abbott Thayer’s famous demonstration of the effects of countershading and background blending. An unshaded wooden model can be seen on the left and apparently there is a countershaded one on the right, both are painted to blend with the background behind them.

Thayer recommended using templates like that below to ensure that background blending was accurate. 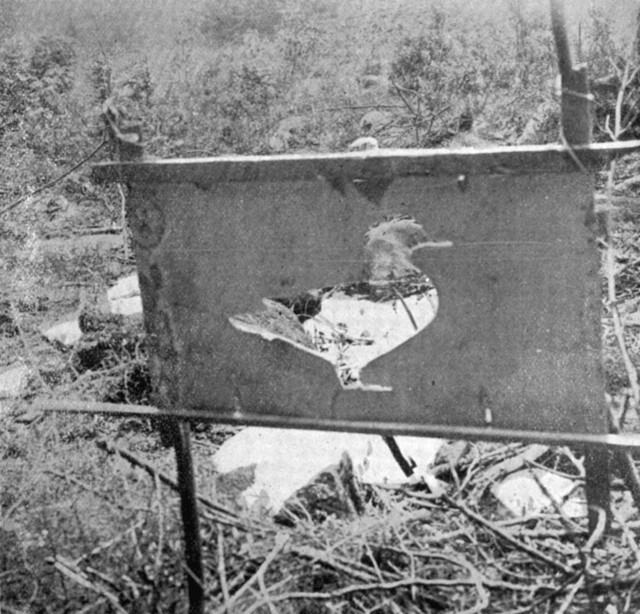 In 1898 during the Spanish-American War Thayer and his friend George de Forest Brush proposed the use of protective colouration on American ships using countershading . Although the war did not last long enough for the idea to be tried out they did obtain a patent in 1902 for a “Process of Treating the Outsides of Ships, etc., for Making Them Less Visible” (U.S. Patent No. 715,013). In this they apparently said that the idea was based on the colouration of seagulls.

Thayer and Brush both continued working on camouflage during World War I and Thayer is credited with having introduced the term razzle-dazzle in this context.

Disruptive or Dazzle camouflage does not hide an object but makes it more difficult to rapidly judge its range, speed or course. This was effective where U-boats had to make rapid decisions when aiming at targets through periscopes with optical range finders. If they took too long and revealed their position they themselves became hunted, so even small advantages to the target, or prey, could be crucial.

This technique was widely used on Allied shipping and warships in World Wars I and II, however the use of aircraft and radar eventually proved more effective in countering the threat from U-boats.

Disruptive or dazzle camouflage also made rapid identification of a vessel or aircraft type more difficult. So this is again particularly important when rapid decision making is involved as in aerial combat situations.

From McCelland Barclay entry in CAMPOUPEDIA:A Compendium of Research on Art, Architecture and Camouflage pp. 41-42

Many fish are countershaded but the Mackerel also have a disruptive patterning which to some degree acts as a background blending camouflage when viewed from above. The light coloured underbelly also acts in a similar way when viewed from below.

A related phenomena was the adoption of so called Mountbatten pink. It was observed that most losses  to U-boat attack occurred around dawn or dusk so attempts were made to camouflage ships by painting them pink. Thayer had in fact over enthusiastically suggested that flamingoes were pink in order to camouflage them against the setting sun. It is apparent that Thayer had, what would now be called, a bi-polar disorder, with wild mood swings and this was probably a contributing factor in the slow response to his ideas.

A similar pink was also applied to some reconnaissance aircraft in World War II. 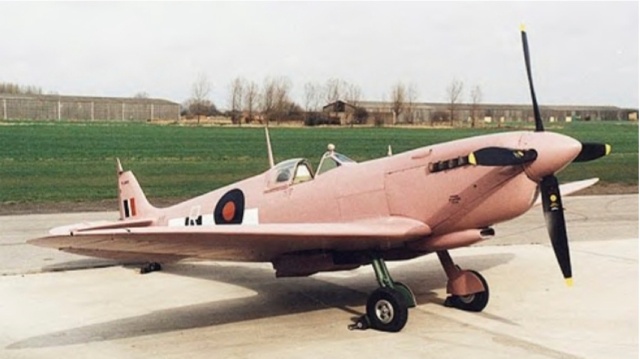 Thayer, A.H.(1896)
The Law Which Underlies Protective Colouration
The Awk
The American Journal of Ornithology.
Thayer, A. H. and Thayer, G. H. (1909)
Concealing Coloration in the Animal Kingdom: An Exposition of the Laws of Disguise Through Color and Pattern; Being a Summary of Abbott H. Thayer’s Disclosures.
New York, The Macmillan Company
Behrens R. R (1988)
The Theories of Abbott H. Thayer Father of Camouflage
Leonardo Vol 21 N0 3 1988 pp 291-296
Behrens R.R. (2001)
Abbott H Thayer’s Anticipation of a Computer Based Method of Working
Behrens R. R. (2009)
Revisiting Abbott Thayer: non-scientific reflections about camouflage in art, war and zoology Philosophical Transactions of the Royal Society B
27 February 2009 vol. 364no. 1516 497-501