In the 1924 book Beau Geste, and the many film versions that followed it, the climax of the action takes place in the desert at Fort Zinderneuf where members of the French Foreign Legion are attempting to hold off an Arab  attack.

‘As each man fell, throughout that long and awful day, he had propped him up, wounded or dead, set the rifle in its place, fired it, and bluffed the Arabs that every wall and every embrasure and loophole of every wall was fully manned.’ (Wren 1924). 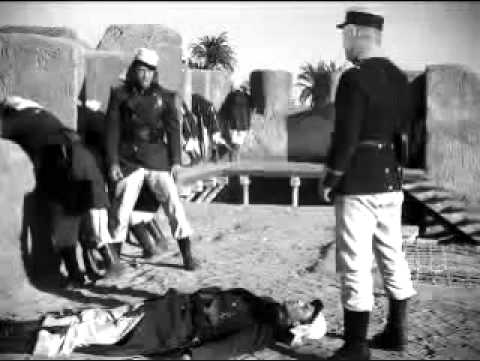 Many species of birds have larger repertoires of songs than seems strictly necessary. In an attempt to explain this John Krebs suggested what he called the Beau Geste Hypothesis. (Krebs 1977)

Being a good Darwinian, Krebs suggests that having a large repertoire of songs has an evolutionary advantage, because it allows birds to defend larger territories than would otherwise be the case.

Kreb’s hypothesis is that a large repertoire of songs allows a bird to falsely indicate a higher density of territory occupation than there is in reality. I think it not unreasonable to map density to numbers of individuals in the territory and say that the territory being defended has a larger number of competitive occupiers than is actually the case.

Thanks to my brother-in-law Tony Payne whose PhD was in animal behaviour and was latterly Professor of Anatomy at Glasgow University who told me this story, see also Cafetières, Disorder, Chaos and Anarchy