The concepts of periodic and non-periodic tiling are defined so as to clearly distinguish them from aperiodic tiling; the subject of a future post “Aperiodic Tiling”.

Informally a tiling (of the 2D Euclidean plane) is a collection of subsets of the plane (prototiles) that cover the plane without any gaps or overlapping.

Usually  prototiles are required to be topological disks, that is not to have holes or isolated parts.

As can be seen triangles and squares have strips that can slide in one direction but hexagons are fixed and unable to slide. Because of this only the hexagonal tiling is truly periodic whilst the triangular and square tilings are more properly described as non-periodic because they admit a potentially infinite number of tilings.

There is a proof that no convex polygon of more than six sides can tile the plane.

Quadrilaterals are the basis of lattices (translation in 2 directions)

With the exception of Type 14, each type is really a small family of shapes that satisfy the specified angular and edge restraints. Type 14 is a unique shape, in that all its angles are determined and all its edges are in fixed ratio.

There are just 3 types of convex hexagonal tiling, with the following specifications:-

Two opposite edges a and d are parallel, congruent and in same orientation. Each of the other edges b, c, e and f are centrosymmetric (unaltered by 1800 rotation). Most architects probably have some intuitively vague knowledge  of this relationship.

Non-periodic tilings tile the plane in a non-repeating manner but can also tile it in a regular periodic manner. They can be arrived at in a number of different ways:-

Substitution of the triangles by congruent symmetric curves can give apparently more complex tilings. 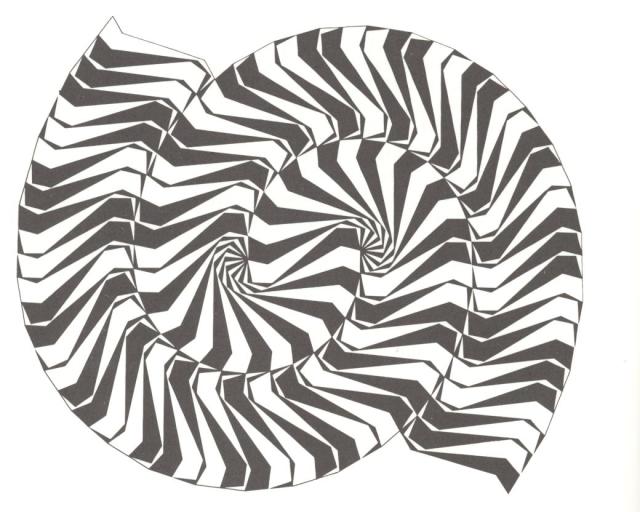 The substitution can even be 3 dimensional as here of a regular square tiling. 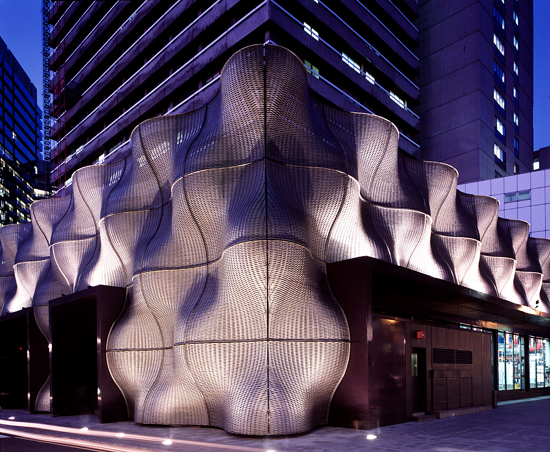 Whilst these tilings are all irregular in some way they are non-periodic rather that aperiodic because they also permit a regular tiling of the plane. The triangles that make up the radial tilings for instance could also tile the plane in a periodic fashion.

4 Responses to Periodic and Non-Periodic Tiling